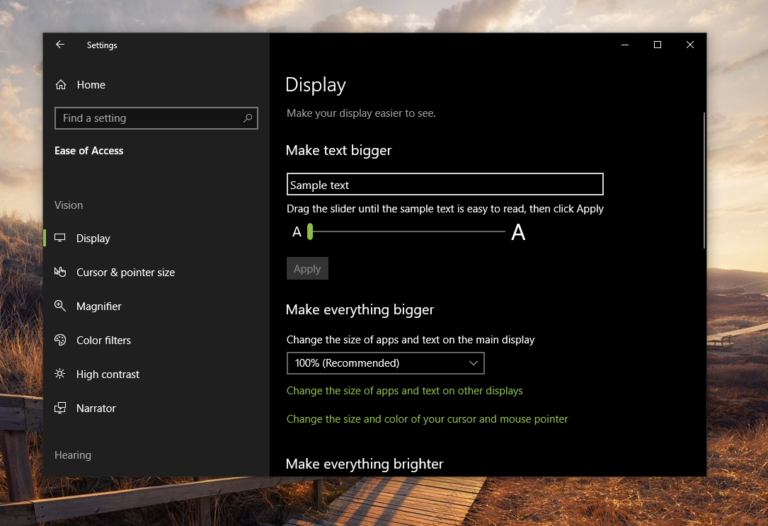 Windows 10 Fall Update 2018: every 6 months Microsoft releases a major update to Windows 10. Normally the new versions show up in April and October.

Microsoft added Night Mode for folks who are bright sensitive some time ago but this version of Windows 10 features a dark mode. Dark mode applies to the file explorer, menus and dialog boxes. But older parts of the operating system like the control panel still show up with a white background.  Giving the growing concerns about exposure to blue light from digital devices (see my blog Avoid The Monitor Blues) it was inevitable Microsoft would go to the dark side.

Some applications have received updates. The extremely useful Snipping Tool is being replaced by a the Snip & Sketch Tool. There’s also new text displays options for older eyesight that will let you easily increase text size (go to Settings, Ease of Access, Display).

The Task Manager now has a Power Usage column. This is very useful for laptop users trying to make their battery last longer. Now you can see which applications are using the most power.

The Search feature received a major improvement. Now the Search bar shows the last few files (of any type) you were working on. This was a much used and much loved feature of earlier versions of Windows and it’s great to see it back. I know a lot of users depended on that feature to find their files.

Microsoft added the My Phone Feature to the Windows 10. This includes the ability to send texts from your desktop (Android only so far). And make its easier to get a photo from your phone immediately to your desktop to put into documents.

Why was preview pulled?

The Windows 10 Fall Update 2018 preview was pulled after three days by Microsoft. Various testers (aka guinea pigs) reported that the preview installer wiped out the Documents folder and some reported the Pictures folder also disappeared.

Microsoft has fixed the problem and the Update is available again for download.

Before any Windows update, you should have a good backup of your system. I didn’t have any problems with the update but I have a new computer (and two different backup systems).

Now this update did not reset my default printer to the horrible let Windows manage my printers. I did have to reset PDFs to open with Adobe Reader instead of Edge (really Microsoft should be shot for that one).

It took about 45 minutes for the new version to install. About 15 minutes to download, twenty minutes on the reboot and then another 10 minutes choosing the privacy options (best to go through the more thorough Privacy options via Settings anyway). 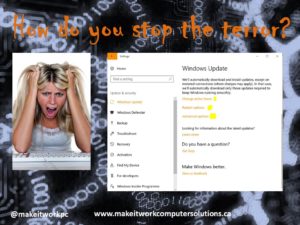 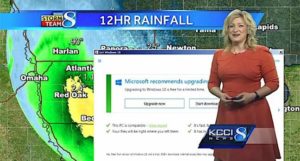 Windows 10: tales from the upgrade whirlwind