The Haunting of Workstation 16 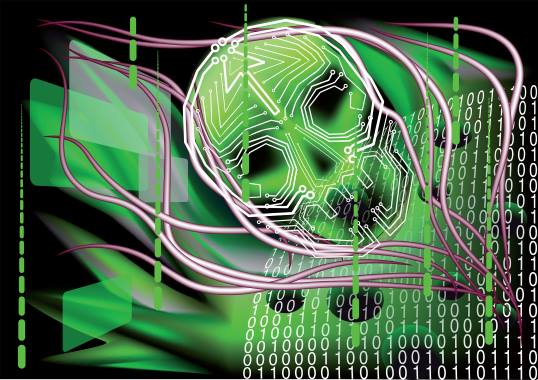 I,  Sarah Millin, longtime IT consultant, retell the strange events that occurred which I call the haunting of workstation 16. I have changed only the name of my client to preserve their privacy.

On a late October afternoon, I was called to one of my client’s offices. This client, normally calm, was clearly agitated and so were the staff.

Mr. Stickleigh beckoned me to join him in his private office and unusually shut the door.

“What do you know about workstation 16?” he asked.

“It’s an older computer in one corner of the office. We talked about replacing it last year but decided against it as no one was sitting there” I answered.

“Recently I hired another staff member and we started to use it again. After a day the new employee complained that computer made eerie sounds and behaved strangely. Shutting it down for a few minutes would alleviate the symptoms for short time and then the computer became more erratic. She said the computer was possessed by a presence  called Irquelle.

My manager didn’t believe the poor young woman and decided to use the computer for a day. For the first few hours all was normal. But slowly as the day wore on, the computer started to emit eerie sounds and behave erratically. Finally my manager called over her assistant who said she also heard the sounds and the two of them watched in horror as the machine changed to a blue screen with weird letters and turned itself off. No one will go near the workstation now.

I am at the end of my wits” said the frazzled Mr. Stickleigh. “You recognized the name Irquelle? I saw a flicker in your eyes when I mentioned that name.”

“It sounds familiar. I will examine the workstation immediately. It may take some time as your employees have reported the computer behaves this way after some time.” I answered.

I walked down the far corner of the office where the computer named workstation 16 sat by a window. The late afternoon light was partially obscured by the large sinister tree.

I turned on the computer and started running long diagnostic programs. While I nodded nearly napping, there came a tapping, a tapping on the window. The wind had picked up and a branch was rattling against the window. But lo, did I hear an odd whining sound now coming from the computer?

I put my ear close to the dusty case. A whining sound now emanated from the computer, slowly growing in sound. I looked up and the diagnostic screen had been replaced with blue screen with a cryptic message with hexadecimal numbers and letters starting IRQL…

The computer shut itself off and the whining stopped. Summoning all my fortitude I leant over and slowly disconnected the peripherals, the network cable. With a turn of the screw, I removed the chassis cover.  Long I gazed on the belly of the beast.

I pressed the power button. A loud whine emanated from the processor fan. The still beating heart of the processor was entangled with woolly tendrils of dust and dirt. I unplugged the whining computer.

I sacrificed a virgin white cotton swab to clean away the largest dust blobs. Then I exorcised the last of the spilth with my faithful duster can.

I returned the cover to the computer and started it up again. No sounds. I left the computer on and informed Mr. Stickleigh that it should be left on overnight. He was startled but agreed to my request.

Mr. Stickleigh, who always arrived first at his firm, called me early in the morning to say the computer was working properly. I warned him the trauma of the possession most likely shortened the life of the computer and he should call me immediately should any further devilry ensue. 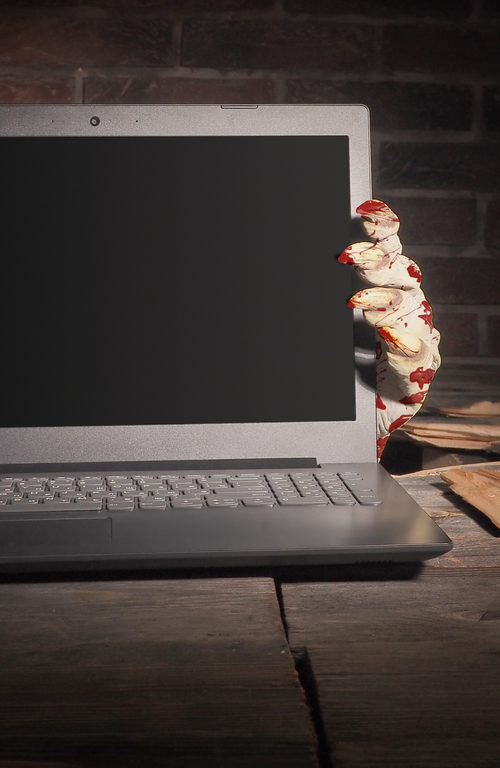 Madwoman in the tech attic

Here's a screenshot of me from the #WFH office team video chat this morning.